September 18, 2016, Porto Cervo. The nineteenth Edition of the Rolex Swan Cup ended last Sunday, after four days of spectacular competitions. The boat race was organized by Costa Smeralda Yacht Club in partnership with Nautor’s Swan and Rolex as sponsor and the entrants were 125, which is a record for the regatta. They were reunited in Porto Cervo to celebrate the 50th anniversary of the Finnish shipyard. A high wind prevented the normal development of the boat races on the 5th day. Two boats with Millenium sails stood out for the results: Mascalzone Latino and Gaetana. Mascalzone Latino, the Swan 38 owned by Vincenzo Onorato, was 2nd in the Sparkman & Stephens Class, following the Swan 48 Sleeper X, owned by Jonty & Vicky Layfield. The advantage on the 3rd classified, which was the English Sarabande owned by Rob Mably, proved that there was a match race between the first two. In addition to the owner Vincenzo Onorato, the crew of Mascalzone Latino included: Branko Brcin, Davide Scarpa, Daniele Fiaschi, Matteo Savelli, Andrea Ballico, Stefano Ciampalini and Marco Savelli from Millenium Technology Center. The Swan 651 Gaetana, owned by Riccardo Pavoncelli, ranked 3rd in the Mini Maxi Class, following the French Arobas, owned by Gerard Logel and the Japanese Yasha, owned by Scarab Japan Limited. Gaetana won two of the four races. Even Shirlaf, the Swan 65 owned by Giuseppe Puttini, had a great performance in the S & S Class. The boat proved to be very fast with wind from medium to high intensity, beating the others six Swan 65 in all the races. Unfortunately, with an early start on the third day, she lost the 3rd place, ending in 12th position. The inventory of the three boats is Millenium Carbon and the Millenium Technology Center staff congratulates and thanks the owners and the crews for the outstanding results. The winners in the others categories are: Swan 90 Freya (Maxi), Swan 53 Music (Grand Prix) and Natalia (Swan 42). World Champion in the Swan 45 Class is Elena Nova. For further information: Rolex Swan Cup Ph. Studio Borlenghi 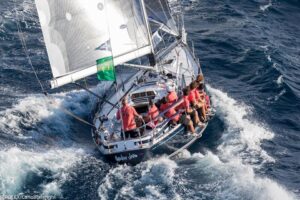 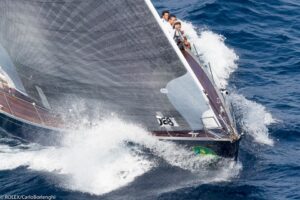 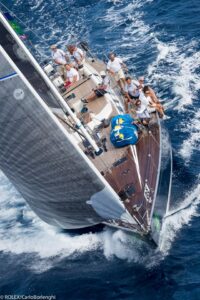