Take Five Jr, Italia Yachts 9.98 owned by Brenno Dal Pont (YCPSR) and recently launched, won two important Cups. The boat, with Millenium full inventory, is attending the ORC circuit in Alto Adriadico, in prospect to the 2017 ORC world championship. The trimmer is Federico Boldrin and Roberto Distefano is the tactic supervisor. Take Five Jr began her season with the ORC Event in Città di Monfalcone, organised by Società Velica Oscar Cosulich di Monfalcone. The Italia 9.98 was 1st in Overall together with 2r nel vento, owned by Roberto Reccanello. Take Five Jr then attended the Second Edition of Trofeo Marinas ORC on the 4th and 5th of June. The Trofeo Marinas ORC is the third step of the ORC Circuit and it is organised by Hannibal Yacht Club and Porto San Rocco Yacht Club. Take Five Jr was 1st in Overall and in C Class, followed by Sagola 60, owned by Massimo Minozzi, and by Lady Day, owned by Corrado Annis, which was the other Italia 9.98 attending the regatta. The weather was good, with 8-10 knots of libeccio. The Award Cerimony was also an opportunity to talk about the 2017 ORC world championship. Congratulations to the owner and his crew. Roberto Distefano is also official dealer of the Millenim Technology Center and of Italia Yachts in Trieste area. You can find contact details in our web site. Ph. Andrea Carloni 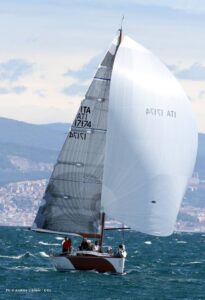 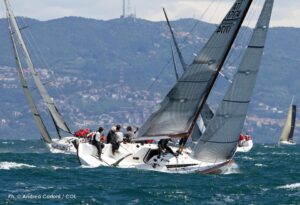